We’ve cashed in on the time spent learning Spoils of Pandaria. It turned out to be one of those fights where we started of with one tactic, but then over time shifted to something entirely different. Took us some time because of that, but it’s always enjoyable to try an encounter in more than one way and then pin-point what works best for your particular raid. 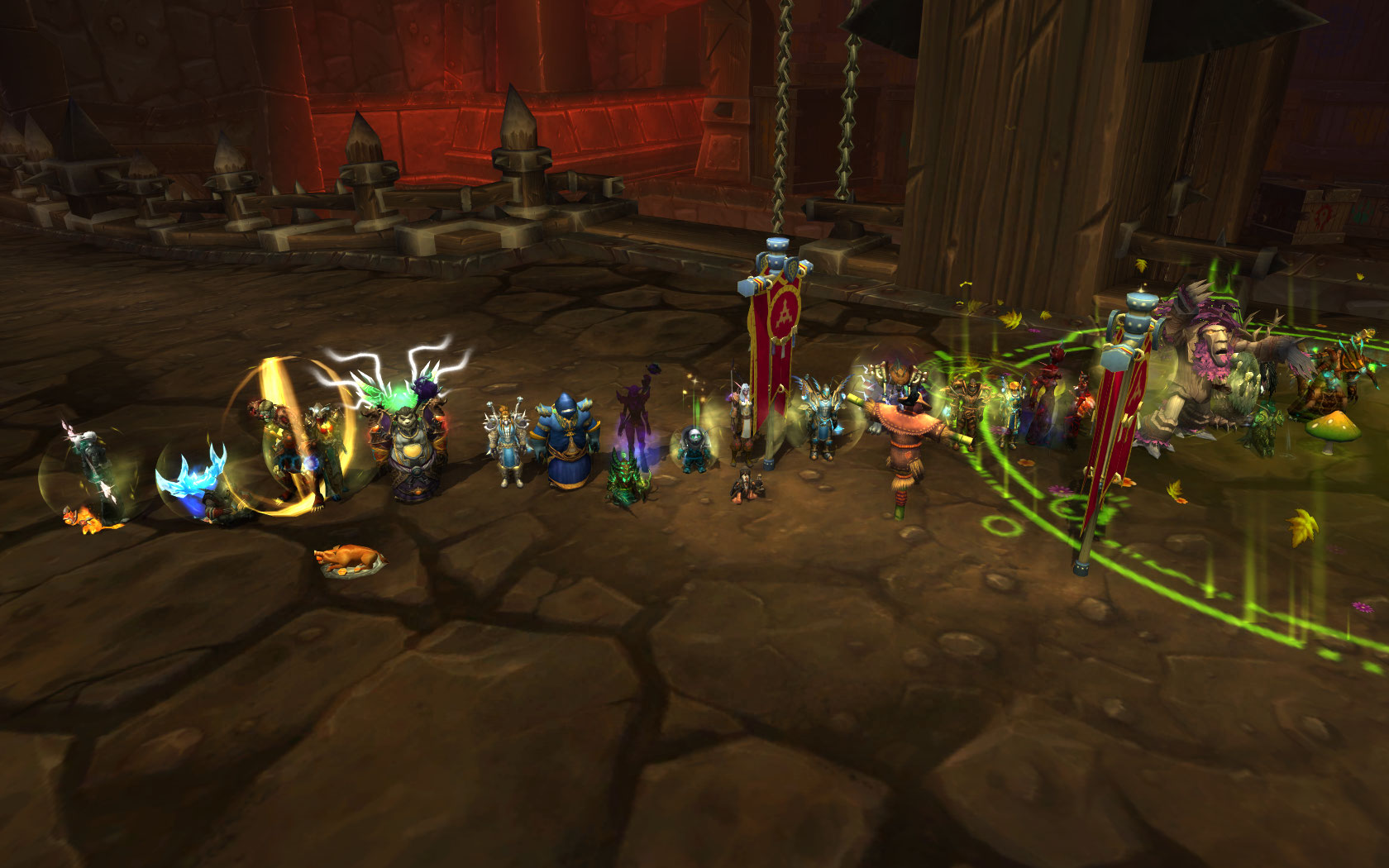 We had this nerve wrecking raid where you know the kill is so close, but you just can’t quite get the job done. The atmosphere reached its peak when we had a perfect attempt going, everything on tracks for a kill and then our idiot of a raid leader decided to open wrong box and completely decimated his group. Oh well, at least he’s a gnome, so it’s all forgiven.

So while that raid didn’t end up with us scoring a kill, the very next one did and ironically enough, a one shot it was. Next stop is overgrown dinosaur and quite frankly, it’s more of a “let’s hope we get him out of the picture rather quickly” mindset, rather than excitment about a new fight. Here’s hoping he proves more enjoyable than it first seems.