And thus Mannoroth has died. Mixed feelings and a whole lot of different views on this fight. Back in the first half of Hellfire Citadel, when we were having a high-level look at the various fights, we had a feeling that this particular encounter would be, well, boring. That definitely turned out to be false, it was quite exciting, with a lot going on. Another opinion was that it would be extremely setup dependent. That proves not to be the case, even if some classes have some small advantages. Then there was the aspect of it being a gear-intensive fight. Hard to say really, we almost got the boss killed just before the recent item level inflation, so we thought it would be matter of few pulls only once the gear got better. That, however, proved to be false entirely, since the new timing of various abilities made it feel like a whole different fight and we had to change the tactic quite a bit, including some damage throttling. 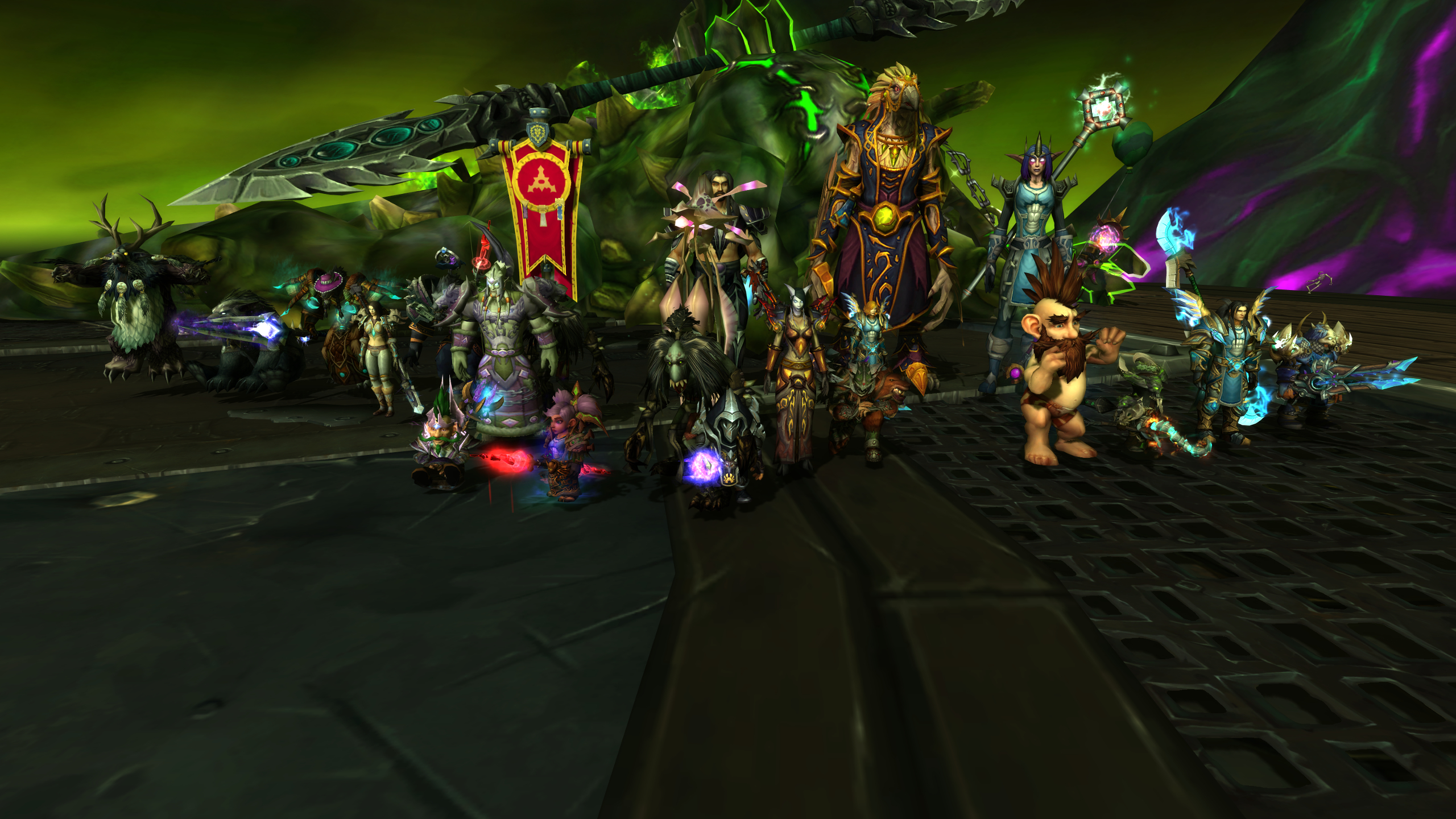 Finally everything has been sorted out, we knew what we want to do, things “clicked”. And then what? And then a plethora of redundant, borderline believable mistakes, one step ahead, three steps backwards. Because of that, it took us a whole lot of time between sorting the tactic out and finally killing the boss. Could be better.

In any case, first mythic chests looted, two players happy with new weapons and no items disenchanted. So that is nice. Only the big kahuna left now. 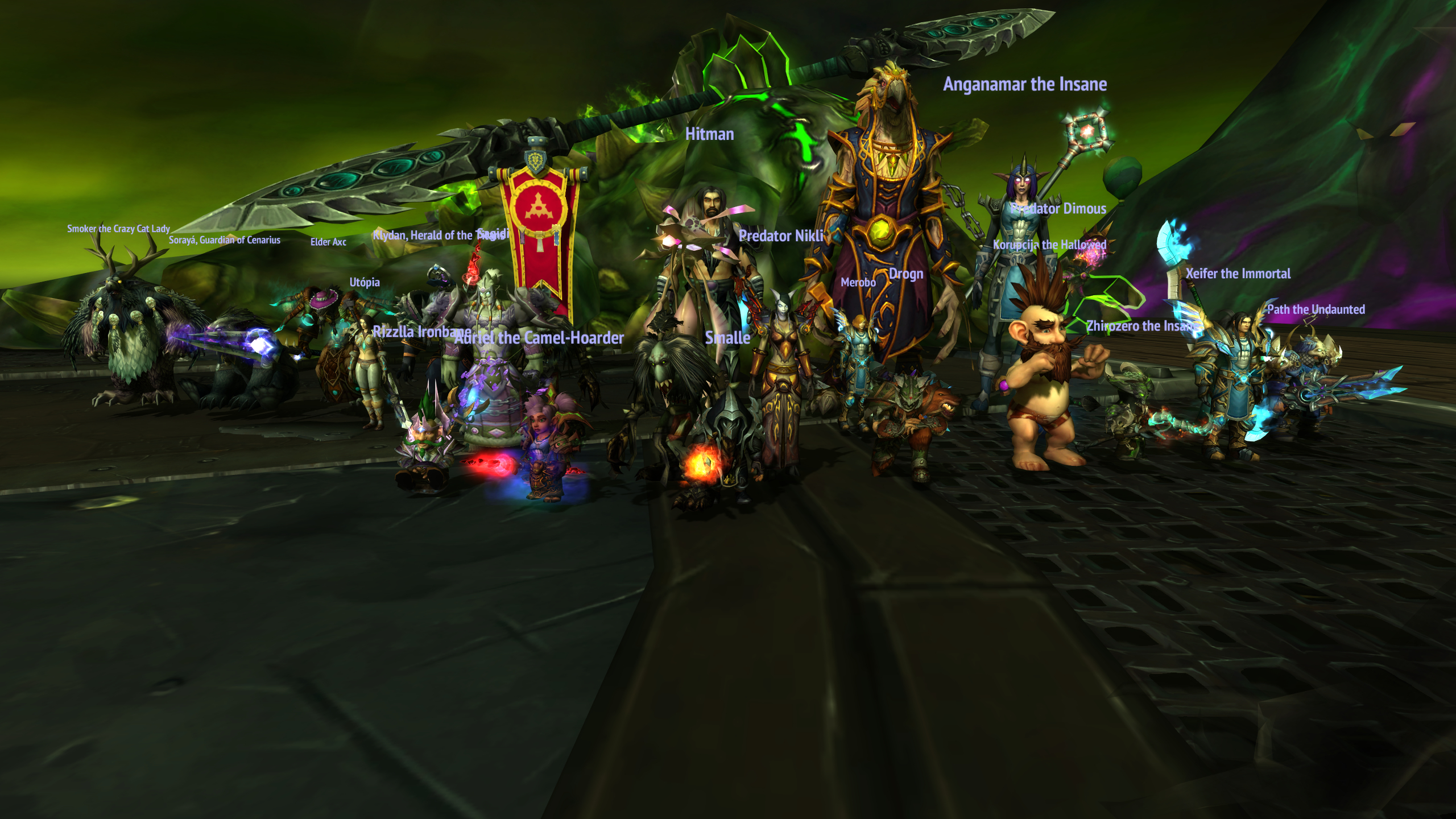 As per a recent suggestion, here is an alternative screenshot, with player names displayed. Everyone is welcomed to leave a comment saying which version we should use from now on.