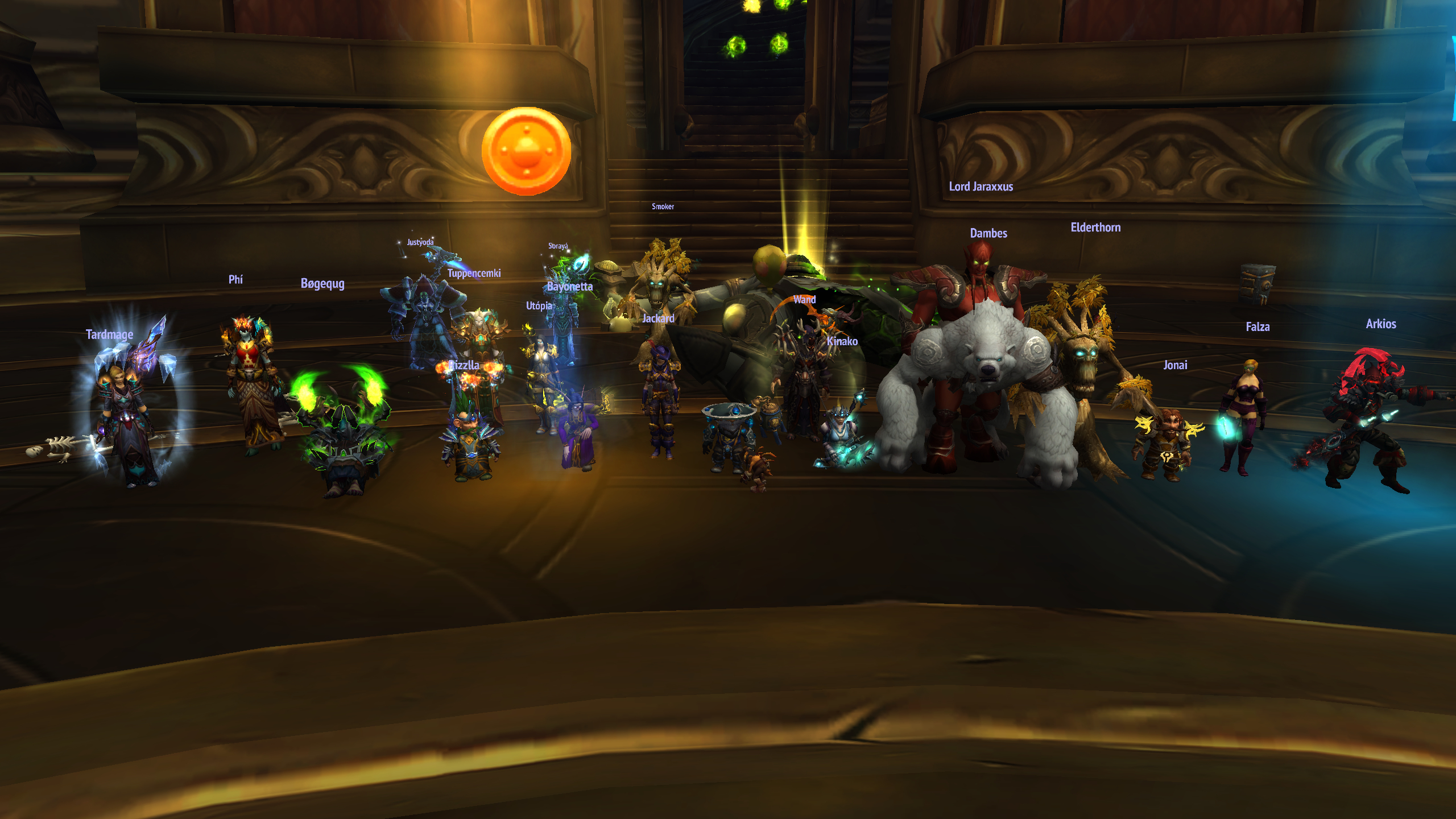 First of the truly hard bosses in Tomb of Sargeras. It took lots and lots of pulls, especially since the details of the tactic had to be modified as we got better gear. 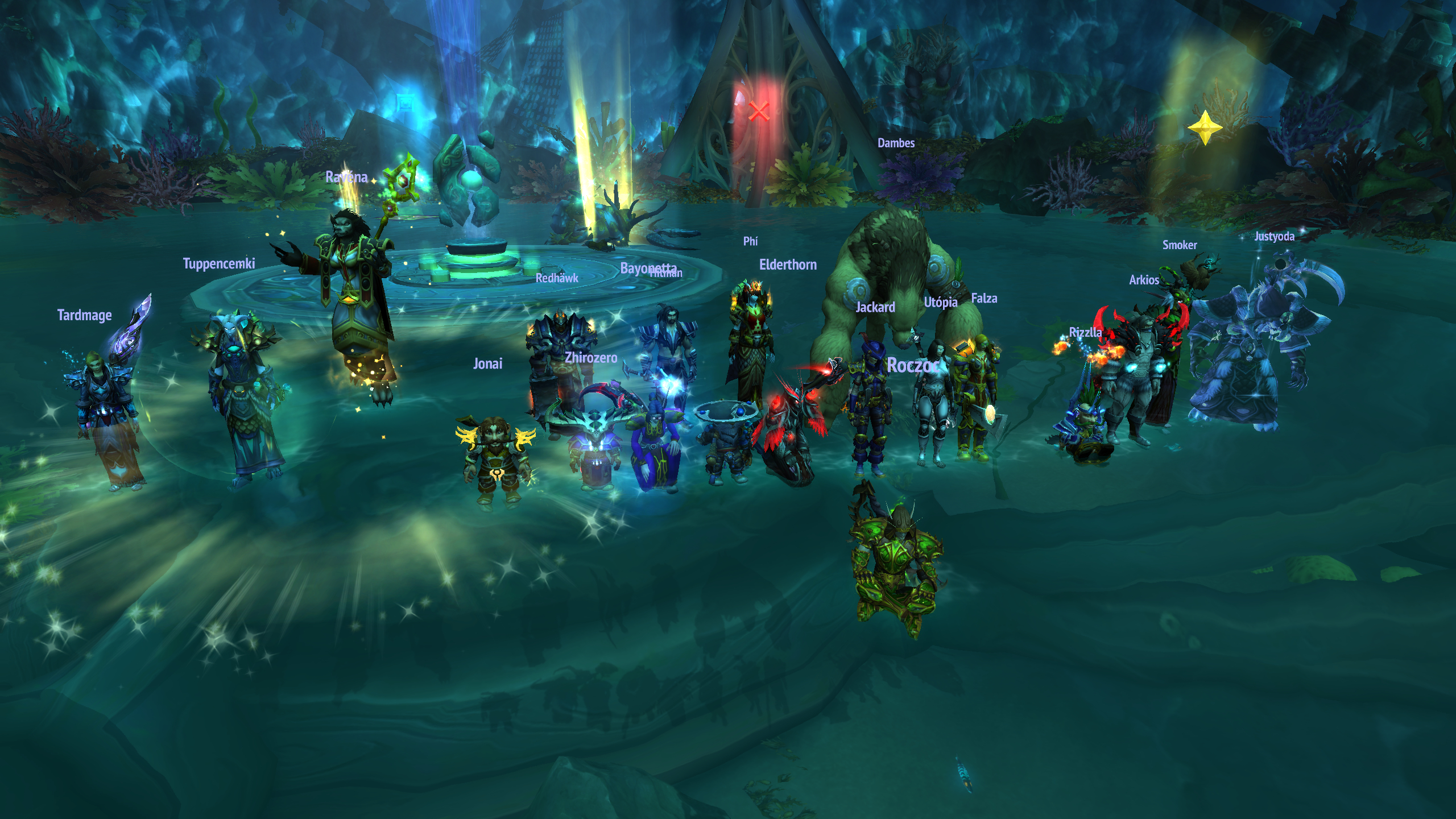 A rather unusual first kill as well provided the boss’s standards – entire raid alive, kicking and in good shape.

And of course – crap loot.

As it often is the case with fighting bosses in the middle of summer holidays season, the main struggle here was not so much the encounter itself, but coming up with a setup that stood a chance beating the boss. Once we managed to do that, we did not need to wait very long for a kill. 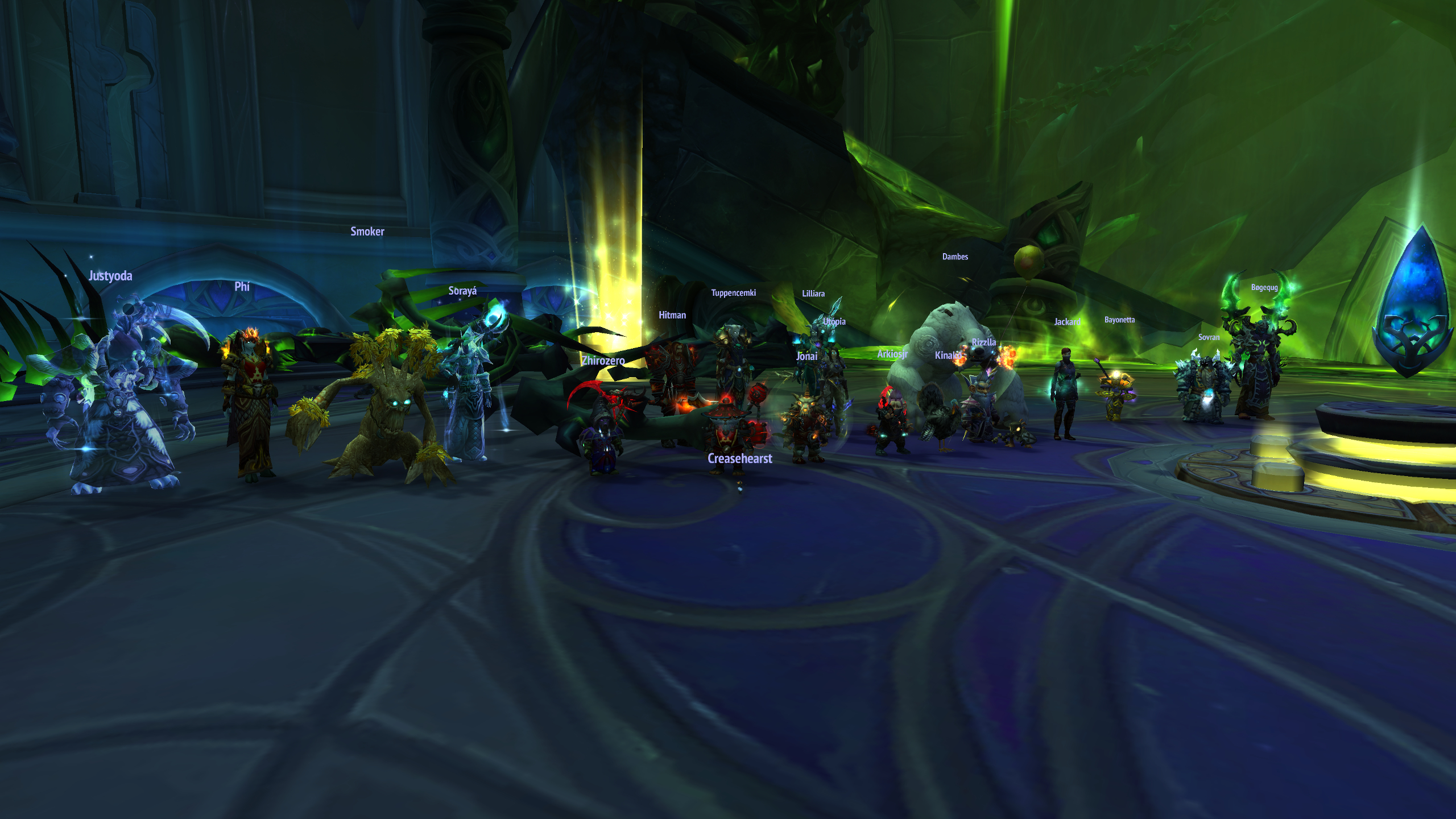 Now that the semi-easy part of Tomb of Sargeras is cleared, the real deal starts. We already tried Mistress a few times and we now it is not going to be pretty.

Things have rapidly gotten more interesting now. Sisters of the Moon turned out to be a pretty exciting encounter – it is not every day that a ten minutes long fight does not feel boring at any point. That one managed to achieve just that for us.

A solid step up compared to the previous bosses, but still nothing crazy tight. Also a rare case of a fight where the room plays a role that did not feel artificial. Good stuff. 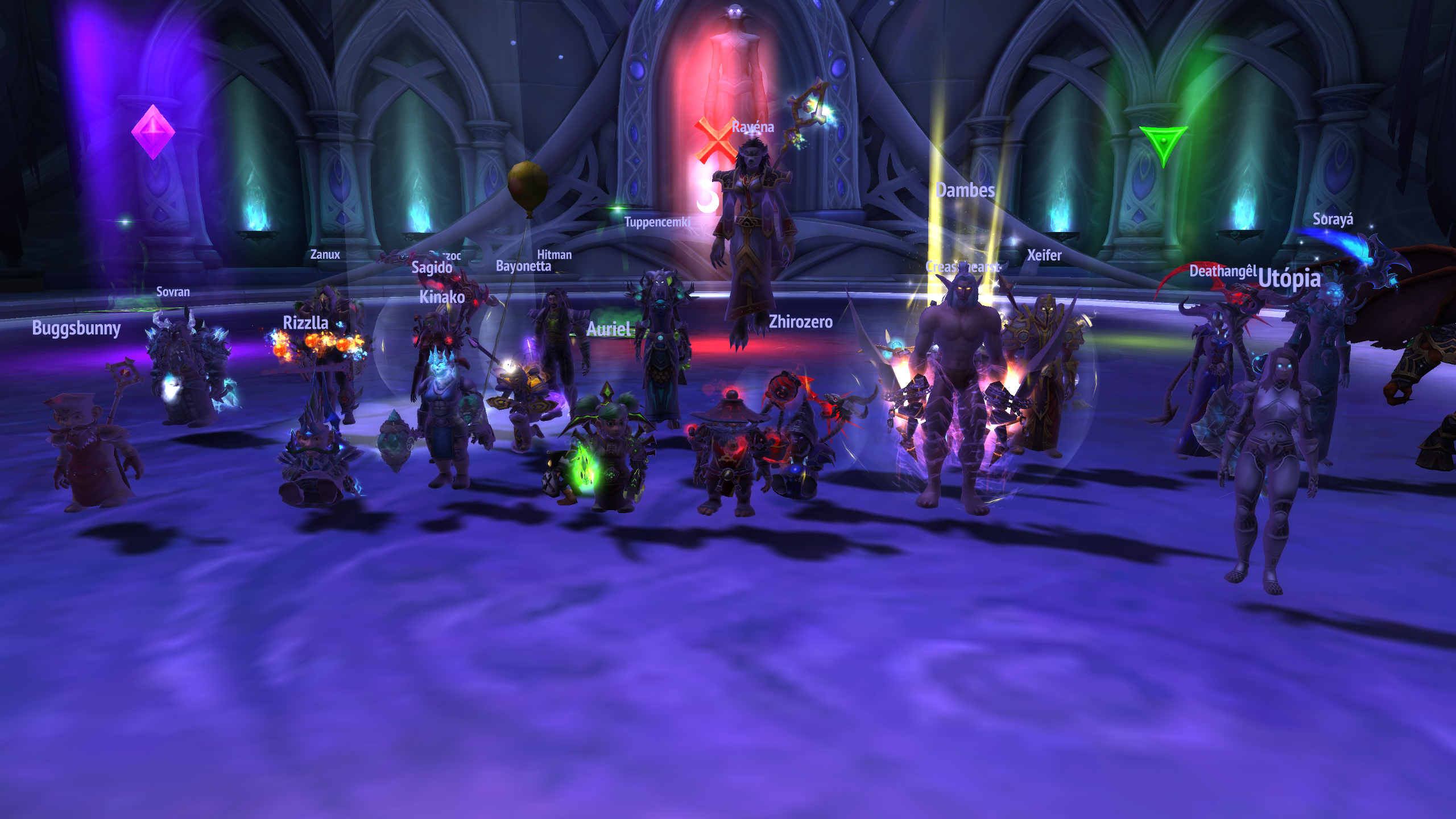 As we steadily make our way through the first half of Tomb of Sargeras, the top guilds are slowly, very slowly, managing to clear the place. Kil’jaeden is rapidly gaining a reputation as being one of the hardest bosses ever released, certainly so in recent times. In fact so does the second last boss, so one might say things are about to get interesting!

So the joke here is that there will be no reference to the Spanish Inquisition. None whatsoever. Nada. Nil. 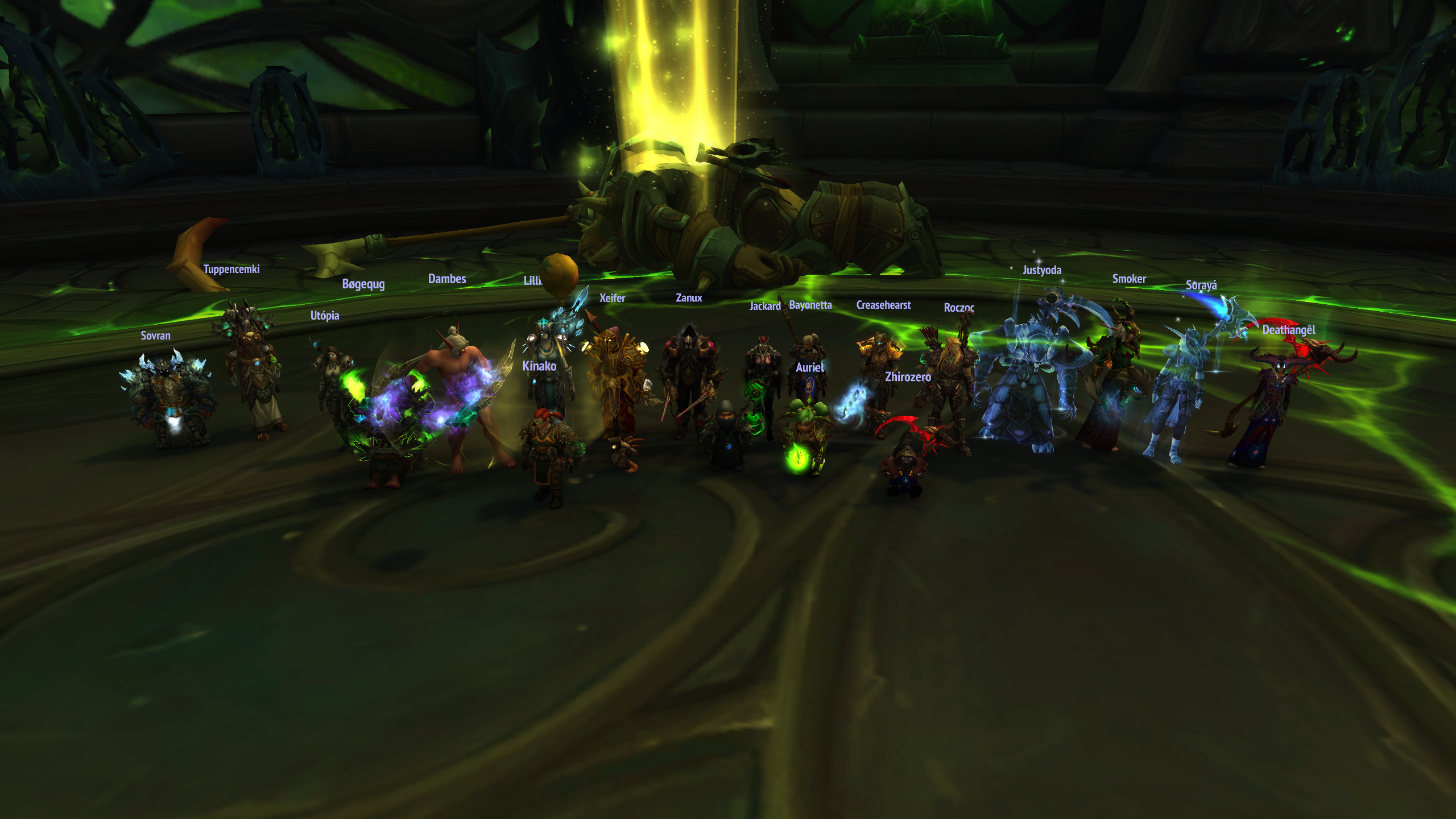 Once we finally got down to business it didn’t take us terribly much time at all to kill the boss. A rather unusual kill either, no low percent wipes, essentially from 40% to a kill the next pull.

Three done, baby bosses down. This is where it gets interesting.

We did indeed step into mythic Tomb of Sargeras as indicated in the previous post and we stomped the first boss. He is dead now. We killed him. It felt good. There was loot. 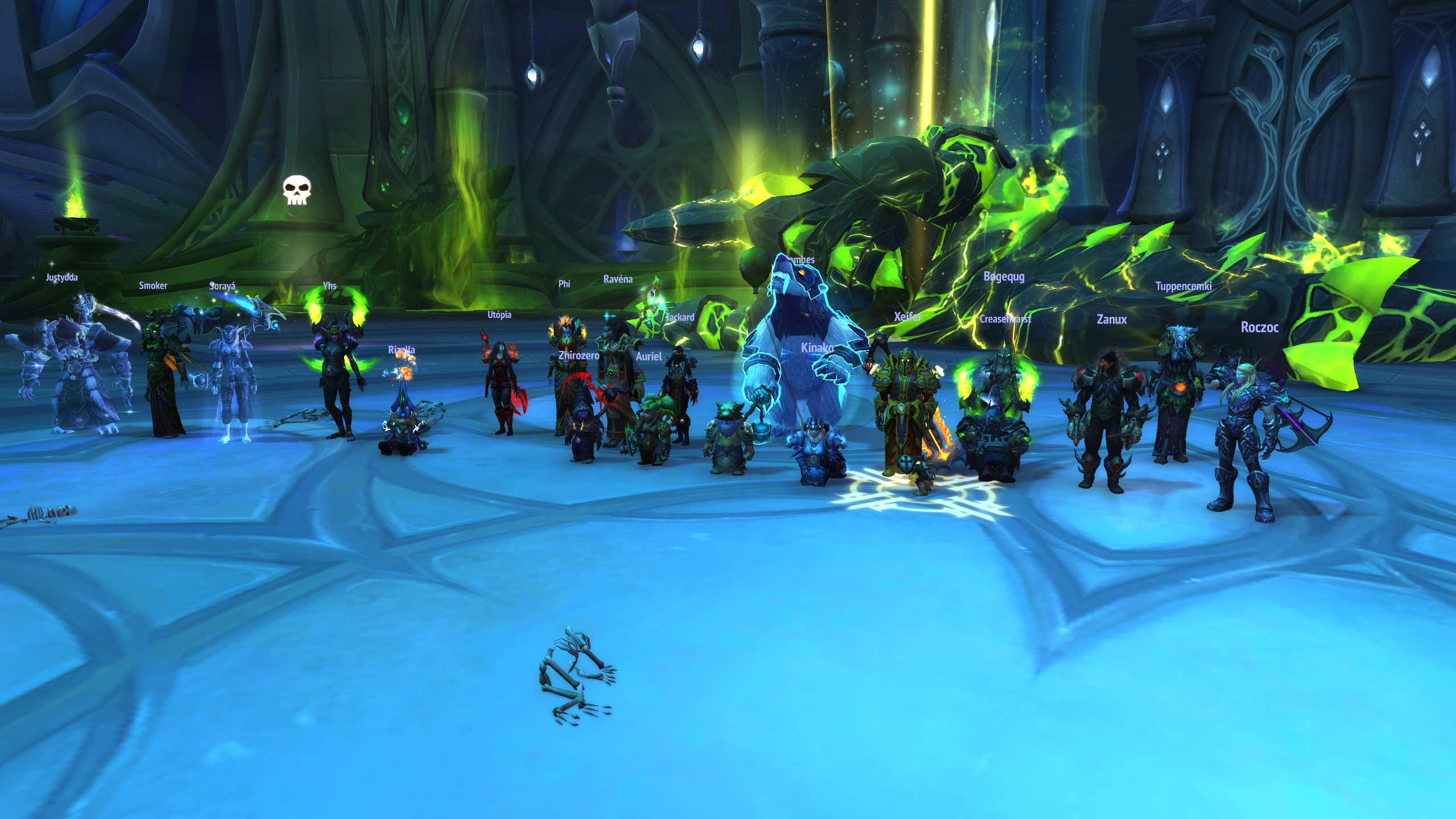 Nice and easy baby-boss to start off our most recent adventure.

Oh, and it seems like tank damage is a thing again, which is a nice breath of fresh air that will maybe make tanks focus on staying alive rather than damage done.

We ventured into Tomb of Sargeras promptly after its doors opened and it didn’t take us long to face the final villain. Quite a few fights seem to have the potential to become iconic in mythic mode, but only time will tell if that is the case. 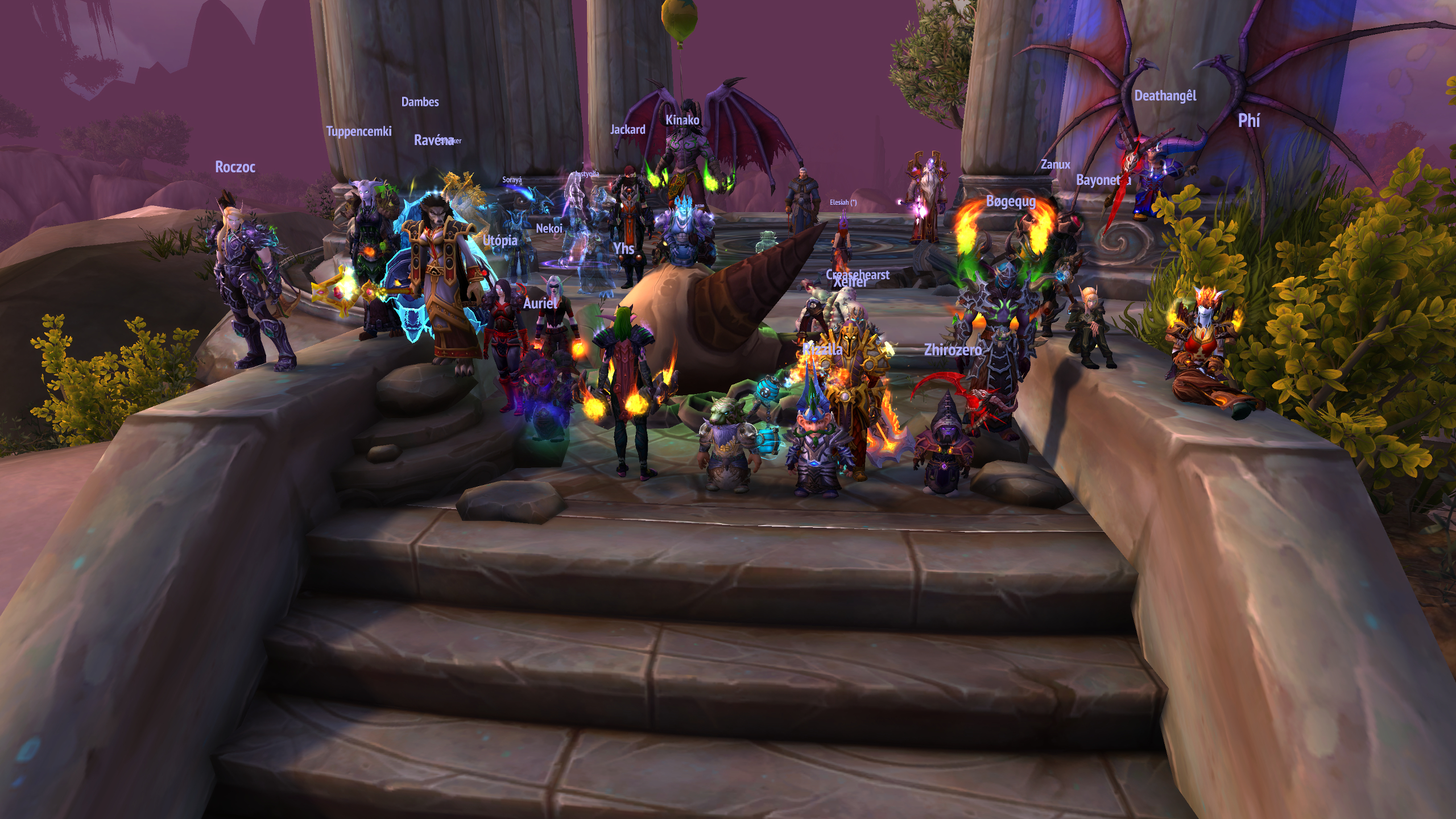 Meanwhile we got rid of Kil’jaeden heroic and we are therefore ready to step into mythic mode once again.

So she is a woman – most likely – and she has oh-so-many rings. You know that spells troubles right away. An amazing, not at all irritating encounter with not at all one-shot mechanic where one mistake forces a wipe not at all. She is dead now though and after a surprisingly clean and relaxed kill. In fact so clean and relaxed it was not recorded, hence an odd case of no kill video available. Bit of a shame. 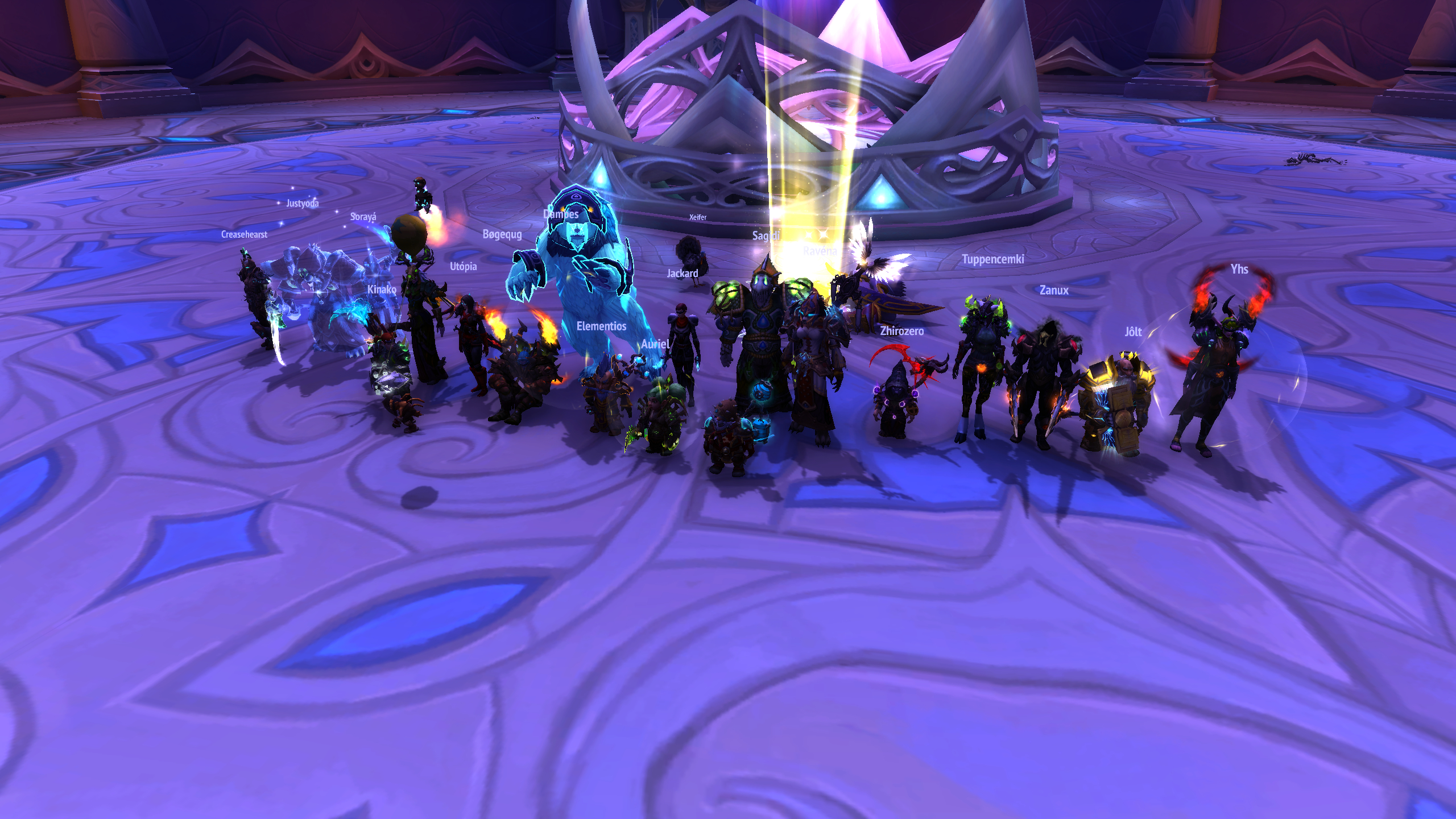 We briefly touched mister Gul’dan after the kill. We shall see how that goes.

We killed Starboy. Starboy is known as Star Augur Atreus to the broad audience, but he is a wannabe, definitely not Guardians of Galaxy material. Very fun fight though, quite a few funny moments involved. 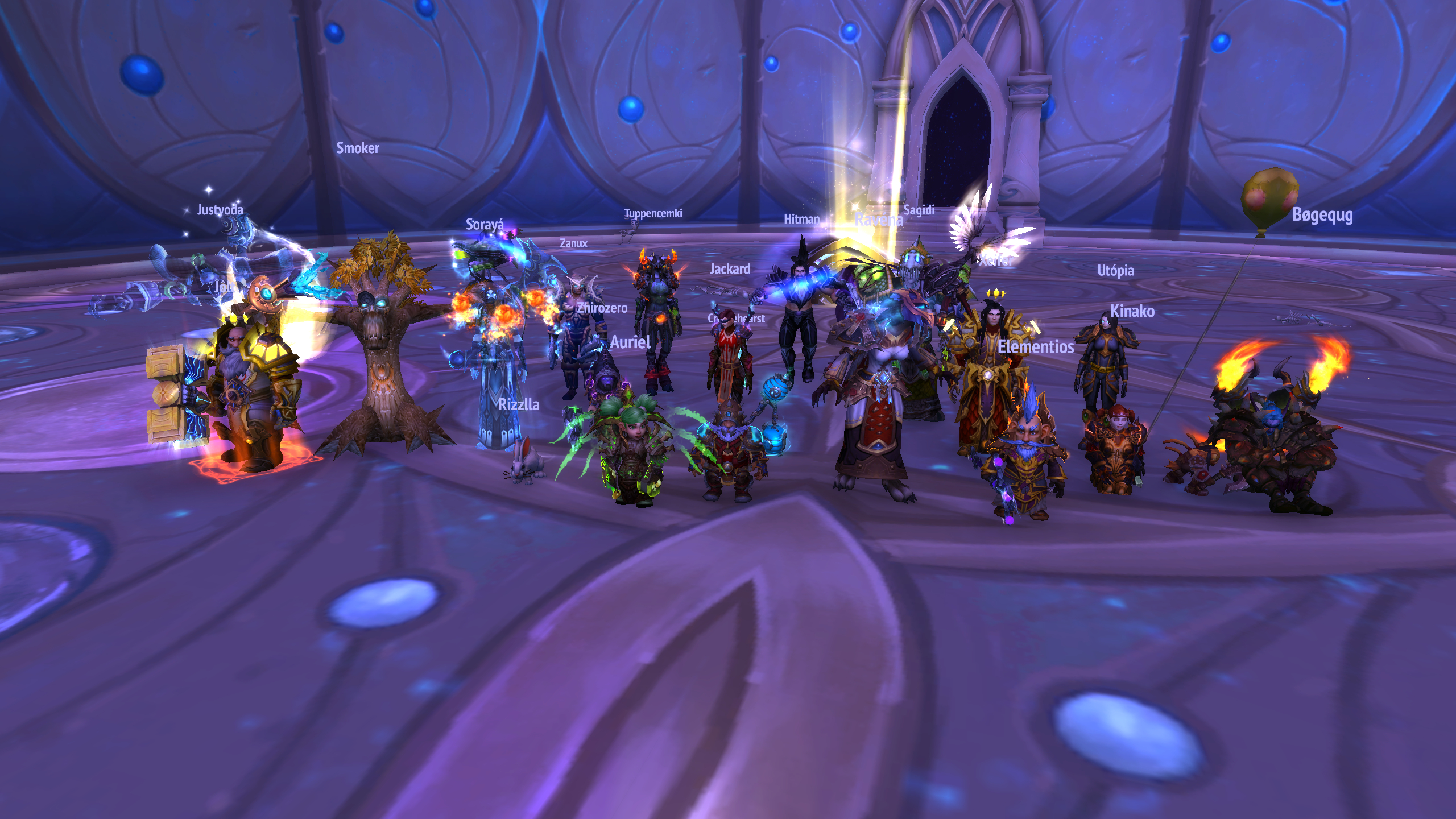 Next, time to play with time. We will see how that works out for us.

Not entirely unexpected, Easter brought some minor activity issues. Having a not-so-strong setup available for all three weekly raids we decided to make a little detour and pay Madame Helya a visit back in Throne of Valor. She was excited to see us and waved hello with all the tentacles she had at her disposal.

Sorting out the basic movement pattern and dispells took few tries, then we started seeing the last phase more and more. Once there, we needed a few more attempts to set everything up properly and afterwards scoring a kill was just a matter of keeping it cool and not panicking. 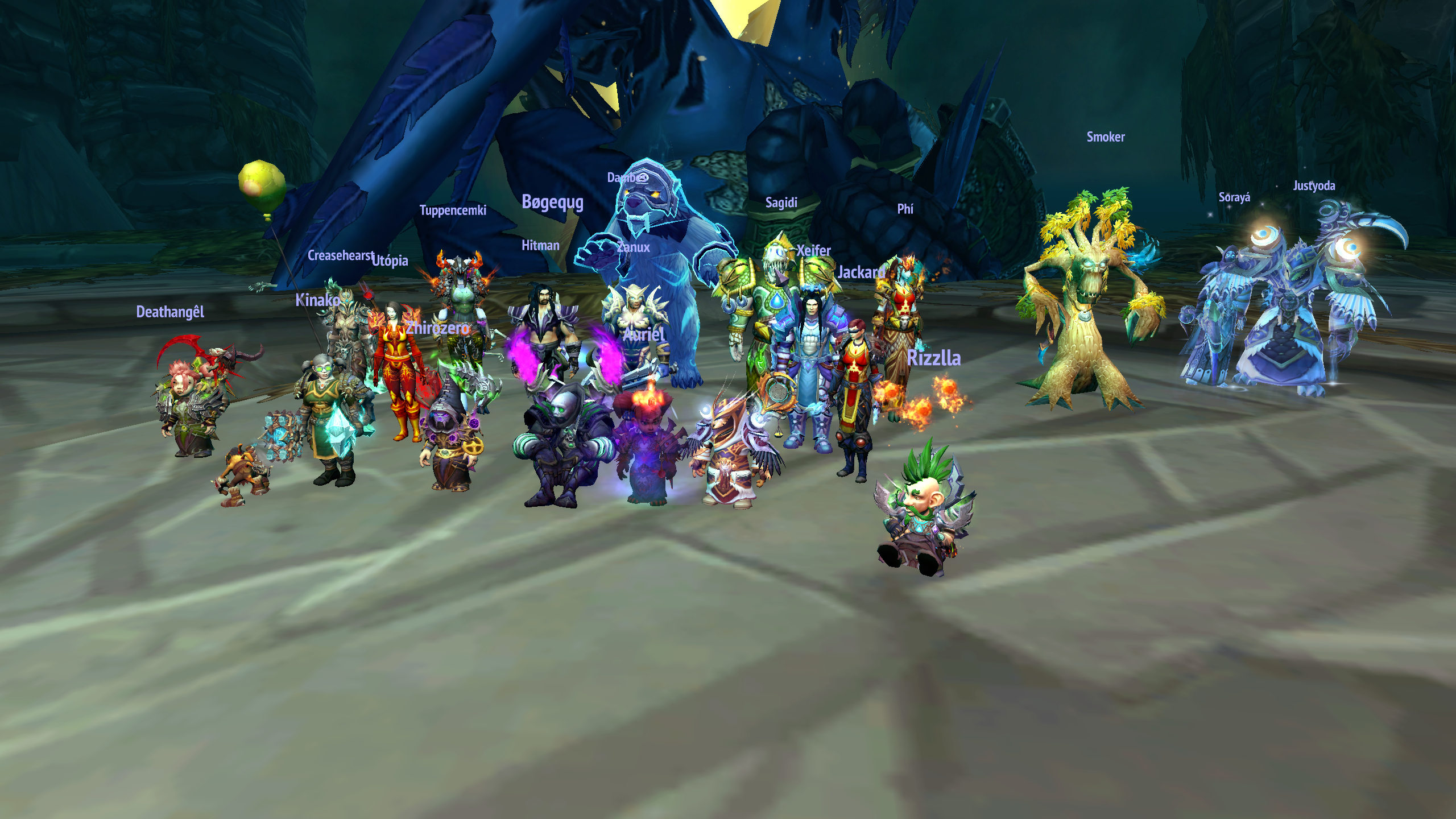 The actual kill was in fact a a bit of a mess as evidenced in the kill video, but the important thing is that the naga-lady is dead.